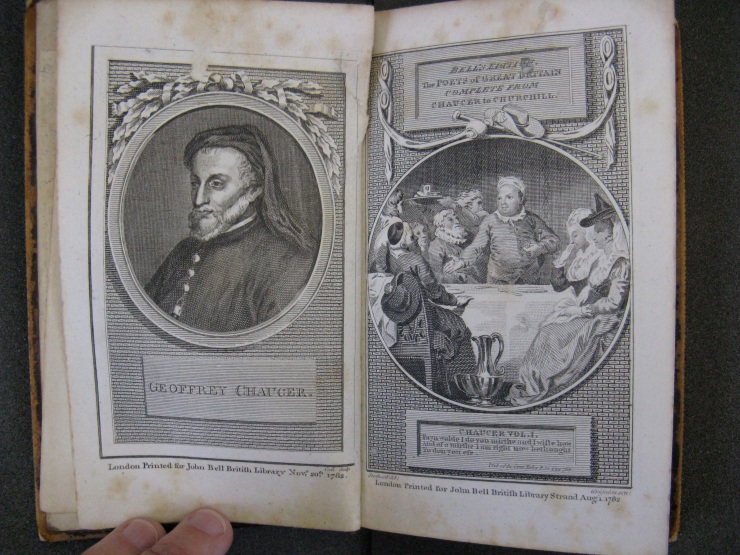 A few years ago I identified an edition of The Poetical Works of Geoffrey Chaucer, published in 1807, that seems to have gone unnoticed by scholars. At best, early scholars of Chaucer seem to have thought it was a reprint of Bell’s 1783 edition. In fact, it is a new edition, and my research has focused on identifying exactly how it is different from previous editions. Here’s a quick summary of what I have found:

I’m currently writing a monograph that identifies and explains all of these features of the 1807 Chaucer.